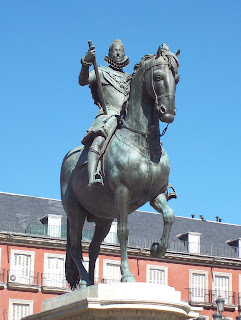 The statue of Felipe III stands in the centre of Plaza Mayor. It shows King Felipe (Philip) III of Spain sat atop his horse in bronze; he has been remembered as "Philip the Pious" as a result of his strong religious beliefs. It was designed and sculpted by Jean Boulogne, an Italian artist, but completed by Pietro Tacca following Boulogne´s death. The statue originally stood in the Casa de Campo until 1848 when it was moved by Queen Isabella II to Plaza Mayor during her redesign of many of the city´s royal parks. During the Franco dictatorship, many statues and monuments to the Spanish royal family were destroyed, and it is an interesting story as to why this statue survived. The mouth of the horse was an open hole for a number of years prior to Franco, allowing a huge number of sparrow to fly into the horse and get trapped. Unable to get out, the birds starved to death inside the statue. This was unknown for years until an attempt, as decreed by Franco, to topple and demolish
Publicar un comentario
Leer más 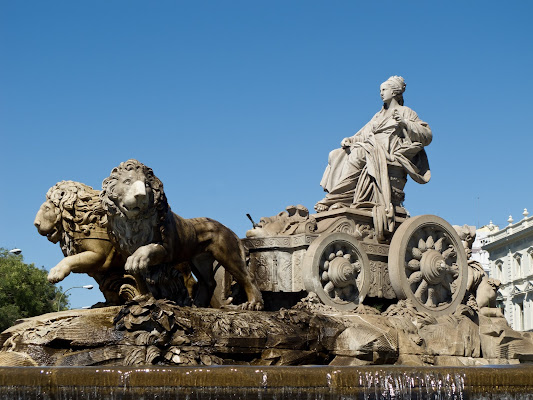 La Fuente de Cibeles is a famous fountain and statue located in the centre of Madrid. Its location divides the districts Centro, Retiro and Salamanca. It is surrounded by many notable buildings, including Banco de España, Buenavista Palace and Linares Palace. The fountain sits at the intersection of three major roads in Madrid, the Paseo del Prado, the Paseo de Recoletos and Calle Alcalá. The statue was formerly located at the start of Paseo de Recoletos, but was moved to the Plaza de Cibeles in 1895, where it still stands today. It was built at the end of the 18th century under the orders of King Carlos III. He ordered a number of reforms and improvements to the ctiy at this time, including the introduction of pavements and gas street lightng, as well as artistic additions such as this fountain. It is an icon of the city, designed by the architect Ventura Rodrígues in 1777 and sculpted by Francisco Gutiérrez Arribas. It depicts Cibeles, the Greek goddess of nature and fertility, sat a
Publicar un comentario
Leer más

The 3 most famous paintings in Madrid

Madrid is rife with renowned and impressive art, housed in its prestigious institutions such as the Museo del Prado and the Museo de la Reina Sofia. In this post we are going to focus solely on three works of art, the most famous worldwide, which are currently housed in Madrid. These three paintings are Guernica  by Pablo Picasso, The Garden of Earthly Delights by Hieronymus Bosch, and Las Meninas by Diego Velázquez. At the end of the post you can also find a list of other important works which are worth seeing whilst in Madrid. Guernica , Pablo Picasso, 1937 "In the panel on which I am working, which I call Guernica, I clearly express my abhorrence of the military caste which has sunk Spain into an ocean of pain and death." Picasso Guernica by Pablo Picasso is one of the most famous examples of 20th century Spanish art. It is currently housed in the Museo Reina Sofia, after an initial showing in Paris, a subsequent international exhibition, and then temporary housing in the
Publicar un comentario
Leer más

Statue of the Falling Angel 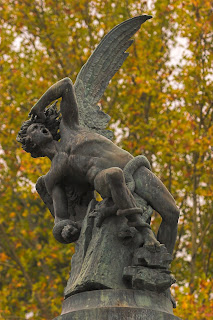 The Statue of the Fallen Angel, located in Buen Retiro Park for almost 140 years, and known in Spanish as "La Fuente del Ángel Caído", is commonly acknowledged as being the only public monument to the Devil himself in existence. Inspired by "Paradise Lost" by John Milton, this statue depicts the fall of the naked angel, the moment at which he is cast out of Heaven, and changes from Lucifer to Satan. He is depicted as a winged and naked young man, crying out in agony as the serpents entwined around his body drag him down to Hell. The statue, sculpted by Ricardo Bellver, was cast in bronze as a submission to the Third World´s Fair in Paris. After this, the piece was acquired by the Museo del Prado, and then later on was donated to the city of Madrid, leading to its inauguration at its current location in 1885. The sculpture is set atop a marble pillar in the centre of a fountain, which is decorated with other demonic characters and animals, and this is further surroun
Publicar un comentario
Leer más

As we move further into June and Madrid starts to heat up, let´s have a look at some of the outdoor swimming that the city has to offer. The three main options that Madrileños pursue to cool off in the scorching months of June to August are: municipal outdoor pools in the city, natural pools (such as reservoirs and lakes) a bit further out, or private rooftop pools. It is also worth noting that the city´s sports centres have a variety of municipal indoor pools which are open year round whilst the outdoor pools open only for a few months, though an indoor pool may not be as promising a prospect on a 40 degree summer day. Municipal outdoor pools The city of Madrid currently has 20 different official public pools, "piscinas de verano", under the wing of Centro Deportivo Municipal (CDM), located throughout various neighbourhoods of the city. They usually open in early May, remaining open until about mid-September. They are definitely the most economical means of swimming in Madri
Publicar un comentario
Leer más 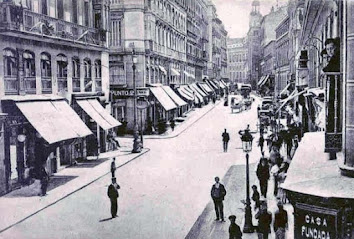 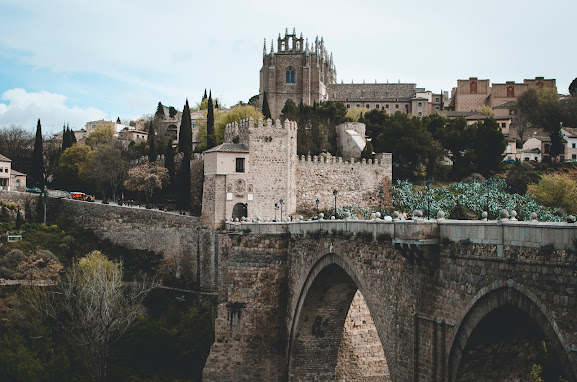 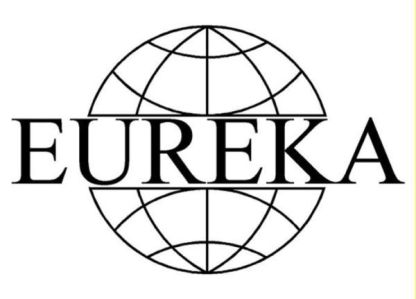